Ob Luang has a large area and a great altitude range. Therefore different types of forest can be found. 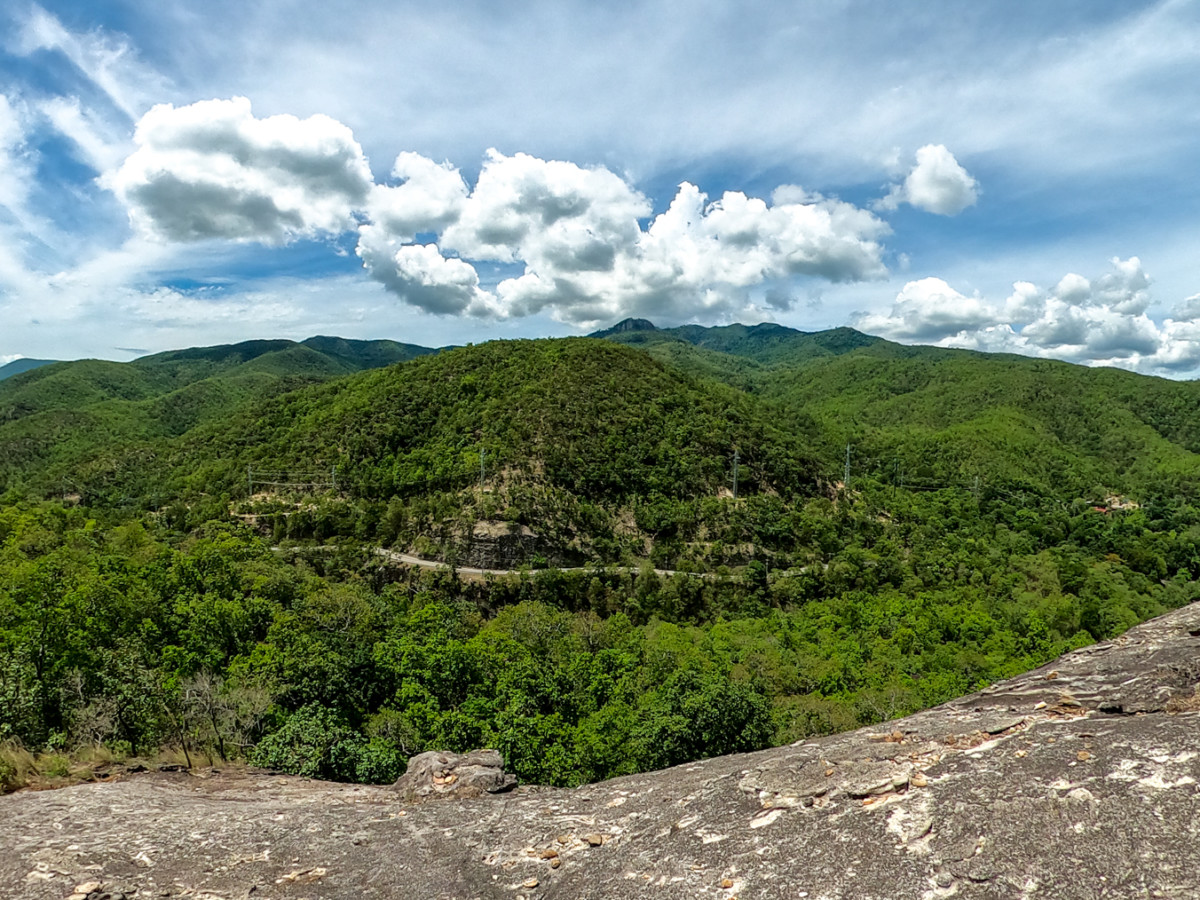 These forests occur on an elevation below 800 meters above sea level and are divided into below.
1.1 Dry Dipterocarp Forest.These are open forests mostly occurring on dry and poor soils like the name indicates. The soil is rocky making it difficult for trees to grow. The forest is mostly composed of medium to big sized trees.Ob Luang National Park is covered with this type of forest and the most common trees species are Dipterocarpus obtusifolius, D.tuberculatus, Shorea obtusa,. S.siamensis and Phyllanthus emblica.The forest floor is mostly covered with Arundinaria pusilla grass and many species of Bamboo are abundant.

This type of forest can be found on hillsides and valleys mostly on wetter  sites, it’s a rice forest type and contains species like Dipterocarpus sp., Hopea sp., Afzelia xylocarpa and Stereospermum personatum.

Occurs between 800-1000 meters above sea level range. In Ob Luang it can be found at Doi Pa Kluay, Doi Pa Dam, Doi Kham, Doi Mu Ting and Doi Pui Luang. Both the two-leafed (Pinus merkusii) and three-leafed (P.kesiya) pine occur. The forest floor in this forest type is mostly grassy.

The wide variety of habitats promises wide variety of wildlife. But due to hunting pressure large mammals mostly disappeared and overall wildlife is not as rich as it used to be. Still some interesting wildlife can be seen such as Serow, Tiger, Asiatic Black Bear, Civets, Barking Deer, Sambar Deer, Wild Pig, Gibbon and many species of birds. 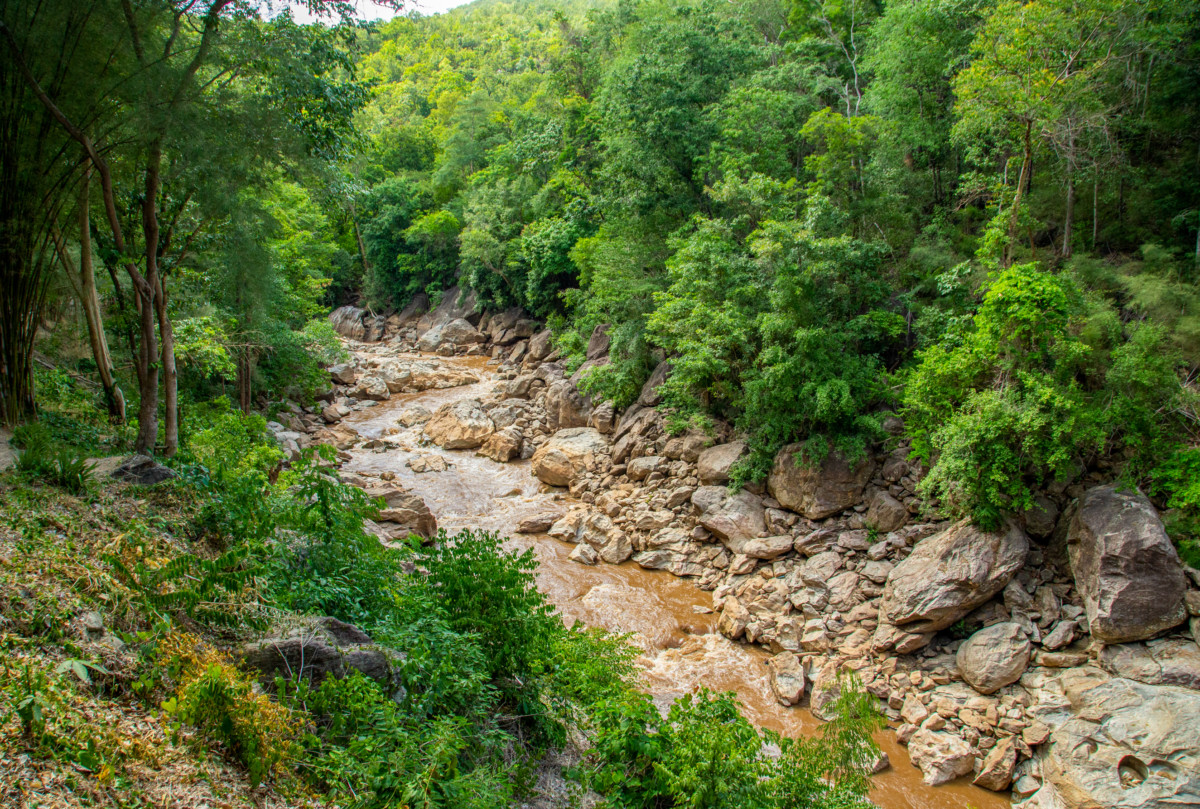 As history describes the part of the past known from texts or inscriptions, prehistory includes all the periods of the past before history and without written proof.

During prehistory, the first communities were formed and slowly maturated, through different phases of evolution.Sometimes this included changes in population, to become the historical, and later on, modern societies of today.

The ground of contemporary cultures of Thailand are to be found in its prehistoric past, which we have to study to get a better understanding of our environment and of our society.Since there are no texts, the only way to gain knowledge of prehistory is through archaeological excavations.The inhabitants of prehistoric settlements have left behind many remains, now buried under the soil and vegetation.To retrieve these remains allows us to reconstruct tentatively, through interpretation, the everyday life of prehistoric people, their technology and its evolution, their influence upon the environment, and enables us to have an idea of the size and structures of their social groups.

The first step is the field survey, which enables us to locate and identify archaeological sites from surface remains such as potsherds or stone tools.The next step is the excavation, which must be conducted extremely carefully, by successive scrapings of the levels.The objects themselves, their relative position and distribution in the past is important.Horizontally, the traces of structures and the concentration of a particular type of remains can provide information about the areas of habitation and of specialized craft activities.

Vertically, a section made through the occupational levels (stratigraphic section) will give evidence of chronological succession.Recording the data has to be done very precisely and scientifically: the archaeologist, using photographs, drawings, and depth measurements, must represent every object or feature in its exact position in three dimensions for a later reconstruction.Excavation is quite a destructive activity with no return, “like a book, the pages of which one would tear off as reading along”.

The stratigraphy be carefully mapped, in order to represent each level in chronological succession.Then the remains themselves must be studied through photography, drawing, classification, scientific analysis, which will allow comparisons, dating and a reconstruction of the technology, the way of life, the environment, etc.

Finally, the results and synthesis of such research will be offered to the public through books and exhibitions. 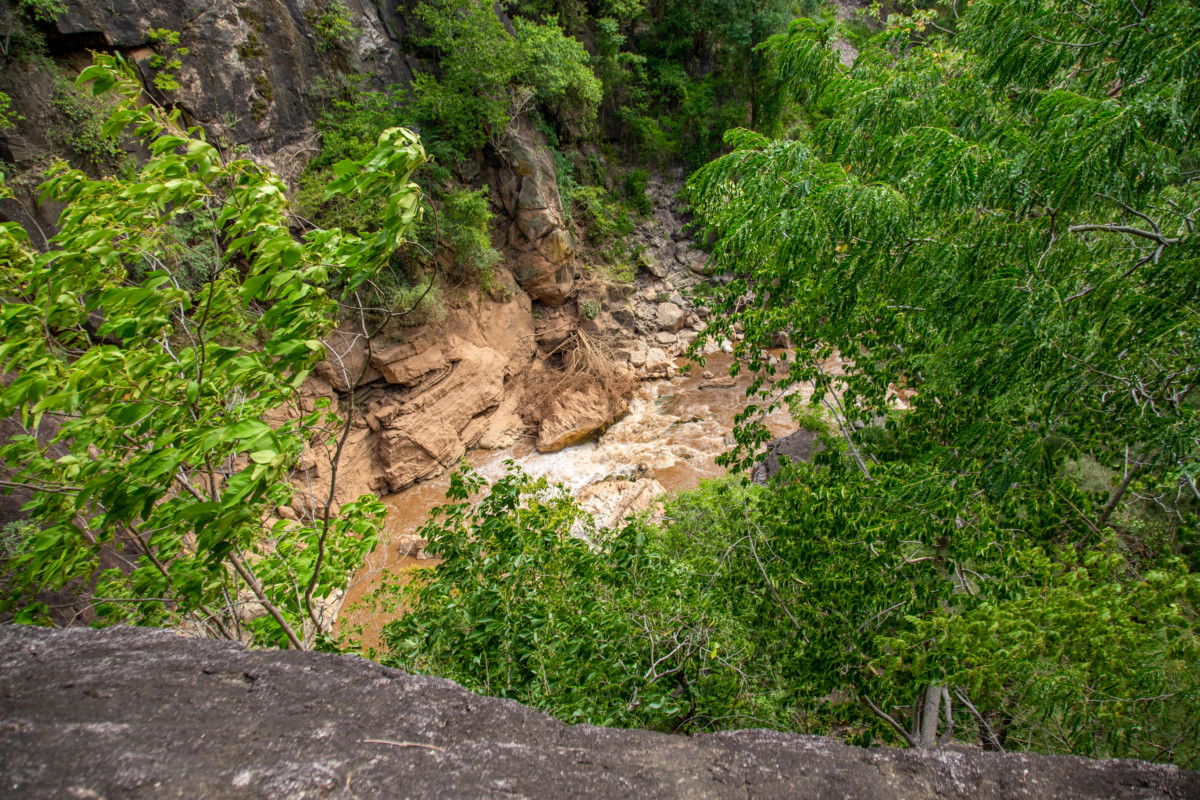 I – Pha Chang – The “hoabinhian” rock shelter : the hunter- gatherers

Pha Chang, the Elephant Shelter, is situated above the gorge, on the left bank of the river, below a huge rounded rock, which emerges above the forest and can be seen from some distance. It could be easily spotted by the nomadic groups of hunter-gatherers of the Mesolithic period.They would stay there temporarily leaving many remains.

The excavation revealed- through two meters of anthropic deposit- several occupational floors, unfortunately partly disturbed by a subterranean water erosion.The excavated remains (broken/crushed animal bones, cobbles, natural pebbles, flaked pebble tools, pieces of hematite), can help us to reconstruct the daily life of these nomads.Under the shelter, they would sleep, eat, and make tools from quartzite pebbles gathered from the bed of the nearby rivers, or sometimes, blocks of jasper and rock-crystal picked up when travelling.

They would hunt various species of deer, large bovines, and wild pig, which they would eat, as well as fish, tortoises and snails.All the bone remains were found broken or crushed. They would probably also gather various vegetable foods, berries, roots or similar.One can still find evidence of their presence on both sides of the river:

Pebble tools left behind during their expeditions, or after having achieved their task. The vegetation was all that time probably much denser than nowadays.On the wall of the shelter, they left some paintings, made with red pigment (hematite), but these were unfortunately worn off and obliterated by later white paintings (possibly made during the Neolithic period) representing elephants, various animals, and some human shapes.

From ethnological comparisons, and experimental reconstructions of lithic technology, it is generally assumed that the time devoted to “work” (making of the tools, hunting, gathering, cooking) was quite minimal, averaging three or four hours a day. The rest of the time, they would just enjoy life. The movements of the groups, several times per year, according to their needs, were irregular, and the time spent in one place could vary from a few days to several months.

A small farming community settled on the right bank of the Mae Chaem River, near

the slope of the hill, maybe more than 3000 years ago.Of the occupation, only a small mound is left. Three soundings enable us to recognize several occupational floors, defined by crushed pots, polished stone tools and flakes, animal bones, and various remains. The habitation structures, most probably of wood and bamboo, did not leave any trace.

The inhabitants of Ob Luang had by that time already domesticated dogs, pigs, and most likely buffalos, but their diet largely consisted of game (various species of deer) as well as fish, crabs, and tortoises from the river. Agriculture was probably practiced, but no vegetal remains have been preserved.

The hand-made pottery consists mostly of round bottomed and cord-marked globular jars, of various size, used as cooking pots or water containers, and of more elaborate vases, for other functions: graceful jars with carinated shoulders, sometimes decorated with incised designs and deep bowls, carinated, sometimes very fine, black and polished, the shape and colour reminding of metal containers.

Stone tools were mostly small axe-adzes, cut from a blackish rock, and polished. These polished axes were probably imported from the place where they were made, and where the raw material could be found – possibly Mae Chaem.

They were certainly precious for the Ob Luang people, since they have been resharpened, reflaked many times, and reused as small scrapers, until only the core was left. But they were apparently never repolished. Some rough pebble tools were also occasionally used. Also found were some sandstone polishers and part of a perforated stone.

Other tools, besides those made out of vegetal matter, which have disappeared, were carved out of bone: a very fine spatula, some points, gouges, maybe a spoon, and a very finely carved fishhook.

The Ob Luang villagers have left only fragments of their ornamentation behind: terracotta, shell, or ivory bracelets, a few lost beads of stone or shell. Many potsherds have been carved into circular-shaped tokens, maybe for some game.

The excavation at Ob Luang-Village provides a picture of a quite sedentary community, small but not isolated, likely to practice agriculture, but still subsisting upon the natural resources of the forest and the river. They may have produced some goods, like pottery, but had to import some others. The situation of the village, on a natural communication route, would probably stimulate commercial relations with neighbouring areas. 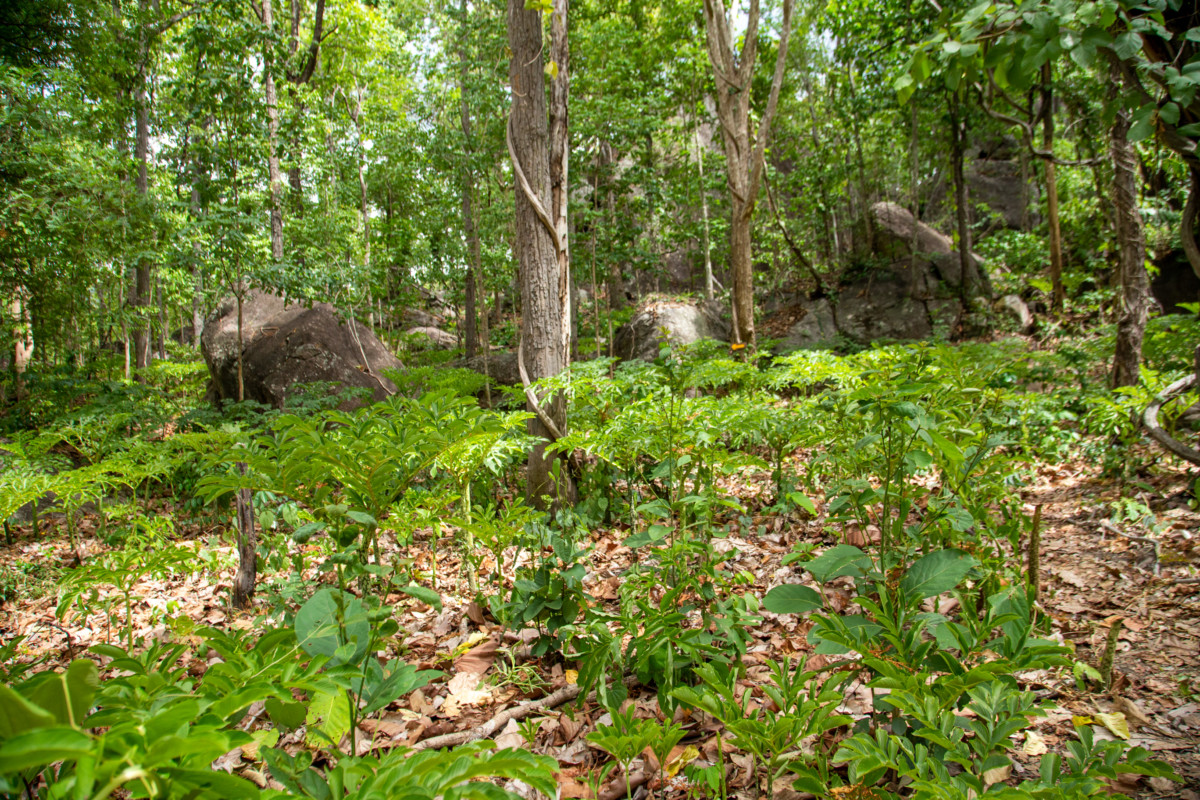 No metal remains were found on the village site. It was abandoned by the inhabitants who moved to another place, not far away.

They still buried their dead in the vicinity, as evidenced by a sepulture, situated about a hundred meters down the rock shelter.The oval pit (1m X 2m) was not very deep at discovery time, because of erosion.Many potsherds were spread on the surface. The skeleton was in poor condition: only the shaft of the long bones and the thirty-two teeth were left.

The dead was the young adult, lying on his or her back, having a necklace of discoid shell beads, plus a carnelian bead; on the right arm were five bronze bracelets and one shell bracelet.On the left arm, nine bronze bracelets, maybe reused as clothing fasteners, or maybe intentionally broken.

The shell bracelets are carved out of a marine conch shell; they were probably imported, and precious enough to be carefully mended when broken.

Near the feet of the skeleton was a large quantity of pottery, also broken : at least fourteen vases, mainly pedestaled bowls, three globular or carinated vases with high necks, and two or three small vases.They all bear cord-marks, and sometimes also decorative incisions. The pottery seems wheel thrown.

Not far from the grave a complete polished stone axe and some fragments were found, which may belong to the funerary goods from this grave.

The sepulture seems to be isolated, but here and there, on the slopes of the hills, other fragments of pottery and bronze were found- maybe from other graves destroyed by erosion.

History Of The Bush Camp 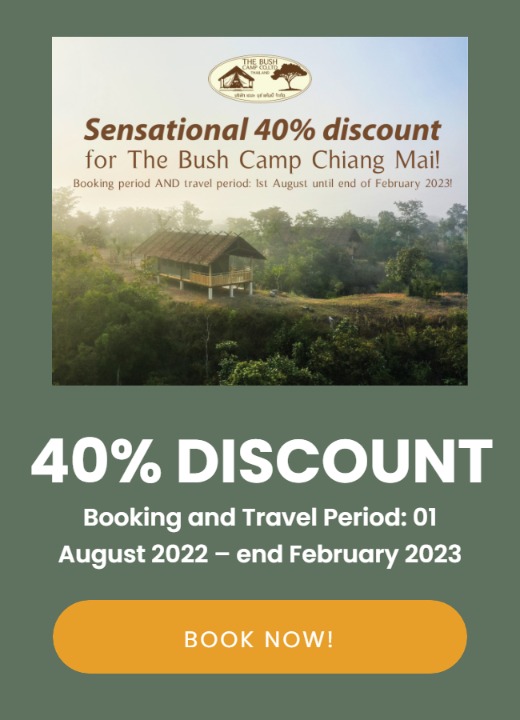 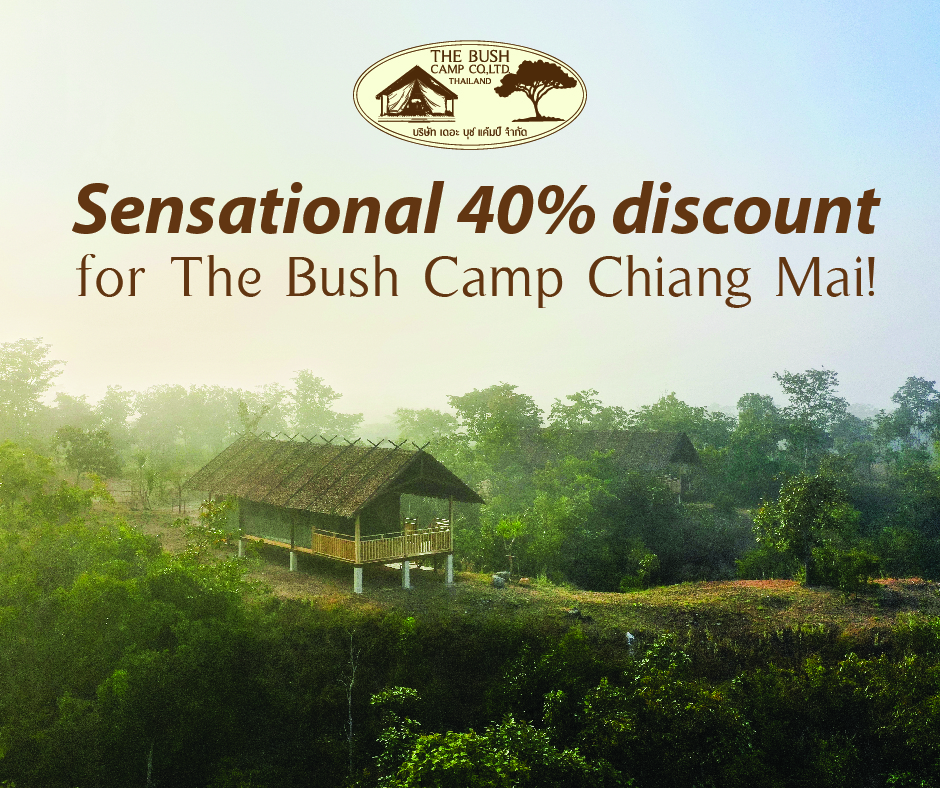 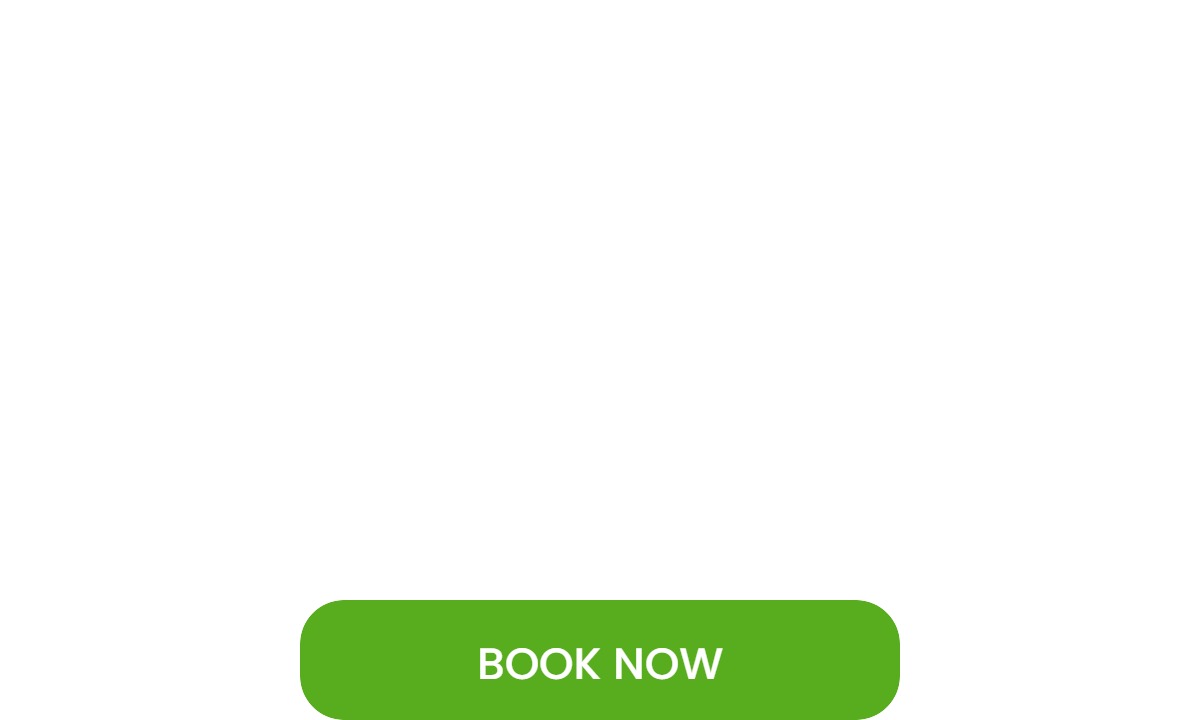